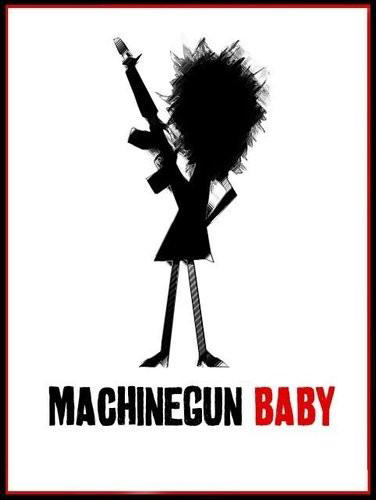 I had the opportunity to hear MGB debut EP ‘For The One’s We Knew’ released today and was rockingly impressed. Who said rock is dead? Certainly not with these guys. They are really making their sound huge unlike a lot of the indie bands lately. The mainstream has been flooded with pop music and it is great to finally see a band that has the potential to break it. They have been gigging around Ireland for 3 years and I believe this is now their time. They will hit the music scene like a storm and will be propelled in the music world.

Personally, I think this EP will have an emotional impact on the fans. Although they have a big sound going on, the melodies and lyrics go right through you. It feels personal, like a friend sitting beside you and sharing with you. The vocals are striking and powerful. You feel the musical unity in the band. The guitar melodies lead you through the different parts of the songs, setting the mood, showing you the way, inviting you to feel it deep down. They got the concept of the “hook” and know how to control melodically each breath of the song. Like big rock bands such as U2 and Kings of Leon, they love their echoes, multi-tracked guitars and crashing sound drums. And to top it all, they are quite handsome! What more can you ask for? ;-)

The EP is available to download for free on SoundCloud.

For The One’s We Knew by MGB

What decided that the time was right for you to go in the studio and record your debut EP?
Well we had these group of songs that were better than anything we have written before, I really felt we had found our sound finally something we could call our own. We just wanted to get them out there, we wanted people to know who MGB was.

What comes first, the lyrics or the music? And what inspired this EP?
That’s a good question we actually write the music first and during this time I will start trying out melodies, once were happy with the structure of the song I go off and write the lyrics, sometimes they come from how the sound feels and sometimes I pick a subject thats I want to talk about but wouldn’t really talk to anyone about…..So I sing about it. It’s hard to explain the last part!

With this debut EP, what do you hope for?
Well, from day one it’s always been about getting the music to the people that is why we will release it for free download in fact we value this record very highly and hope it will be well received and put us on the map. We want more fans and the more people who share our music and come to our show the faster we will grow at the moment we are in a tiny bubble, with this record we hope to escape it.

Which influence does each of you have that the rest of the band don’t share and where’s the common ground?
Well, we all love contemporary bands like Foo Fighters, Kings Of Leon, Arcade Fire, Coldplay.

Midlake is a big one for Mark, Shane and I the way they structure songs and lyrics is masterful and we went to see them at the end of last year I felt it helped the changes in the sound and not to feel like we couldn’t be ourselves and create music we like to play.

Tony is a rock drummer and he loves anything with a hard beat like 30 Seconds to Mars or Queens of The Stone age.

I have a fascination with Bruce Spingsteen and currently with Irish Singer James Vincent Mc Morrow his melodies and lyrics really entice a hunger in be to be better.

What was the gig that you wished it was your band up on the stage – and why?
It has to be between the Kings of Leon live at Slane or The Frames gig coming up in March. We really have a lot of time for the Kings Of Leon I spent a lot of time listening to them and as much as we try to deny it we our heavily influenced by them. The Frames are a band that show longevity and a constancy in writing that we would love it’s unfortunate they never really broke America but their following is still huge!

Is there someone you would like to work with or share a stage with?
We originally thought you needed a famous producer to make a famous record but now I realize as cool as it would be to have for example Brian Eno producing our record I know that most bands use it to promote their music as a kind of publicity stunt. Press will hear it or people will buy it if someone famous produces it. We wanted something different and to do that you have to find someone fresh we choose Barry Murphy for Base Recording Studios.

The official launch is tonight @ The Grand Social (aka Pravda) starting at 8.30pm in Dublin.
They will be giving away a limited edition of the EP against an admission fee of €7.