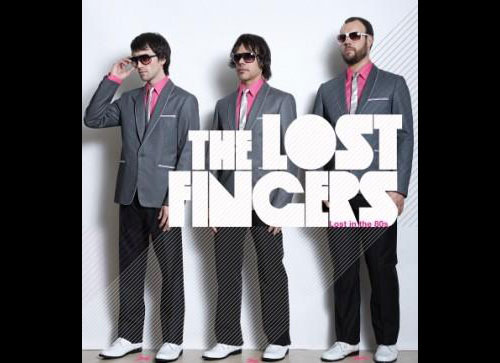 This is a very talented jazzy Canadian trio called The Lost Fingers. Their last album is called “Lost in the 80’s” where they perform acoustic renditions of 80’s classics that are light hearted and refreshing. Because we know the songs already it works and is very entertaining. Fun and nostalgia combined. The Paula Abdul “Straight Up” song is a must to listen. I’m not a fan of the 80’s sound whatsoever, but I am a fan of this album.

From Nova Scotia, Canada, these guys really set themselves apart. They bring a fresh and modern sound to the hip hop with their melodious but dirty funk synth bass lines with very characteristic beats. Last thing you know, your are bobbing your head. Great lyrics rapped in French and English. Very witty and comical, they surely take life with a grain of salt. We like that.

I may continue on that trend, another Canadian band, but this time from Montreal/Drummondville – my home town ;-) A man and a woman united in an avant-gardist electro pop sound duo. Sometimes crazy french vocals or subdued with speckless and robotic sound, synthesize melodies skillfully produced. Merci Patrick!